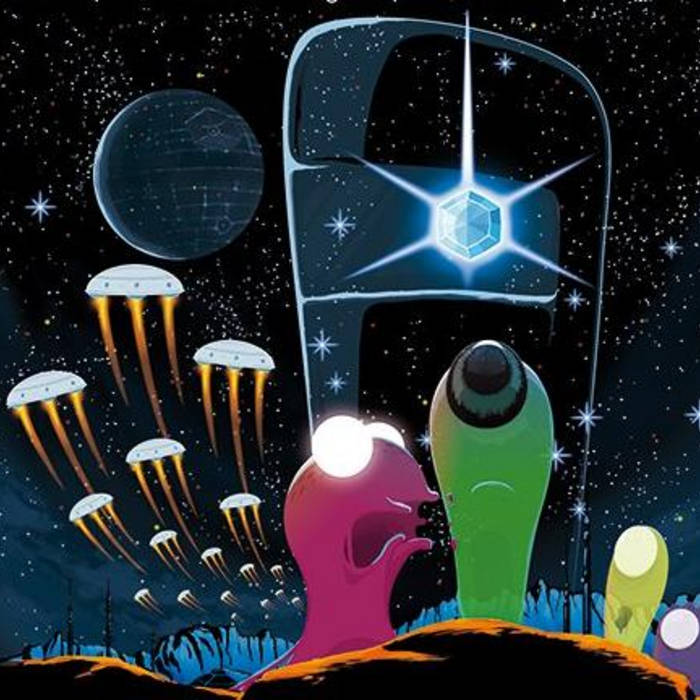 Original Soundtrack for "UFHO2" by Tiny Colossus. In development for PC, Mac, Linux and iPad, and it's expected to be done later this year.
Purchased version includes outtakes and bonus tracks.
Get more news on Francesco D'Andrea Official Website:
francescodandreamusic.com

Help UFHO2 make it on Steam!

UFHO2 is a turn-based strategy game in development by Tiny Colossus.
The story is set in a galaxy called The Sticky Way, where most of the alien species are jellies and they rely on some ancient Power Gems to get the power to run their machines, and ultimately the energy to live. When they start to run out of Gems, they set out to the center of the galaxy to find more.

When working on UFHO2 soundtrack, I was allowed to explore different orchestrations and styles, looking at scketches from the game designer and thinking about the different characters.
What I had done initially were four tracks that blend together electronic soundscapes with full orchestral ensambles. That was a good start, and I really ddidn't know where the game would have carried me in terms of final sound and mood. Had to mix all the ideas and inputs that I received, and at the same time mantain an eclectic, yet homogeneous work. Well, now it's done! Hope you'll like it!

Francesco D'Andrea is a soundtrack composer for cinema, TV, advertising and videogames. His music has been used in such great TV shows and promos as "House", "Southpark", "How I met your mother", "Glee"; and many feature films and advertising.
For any inquire or comments check the contact section. Have a nice listening and...share the music if you like it! :) ... more

Bandcamp Daily  your guide to the world of Bandcamp